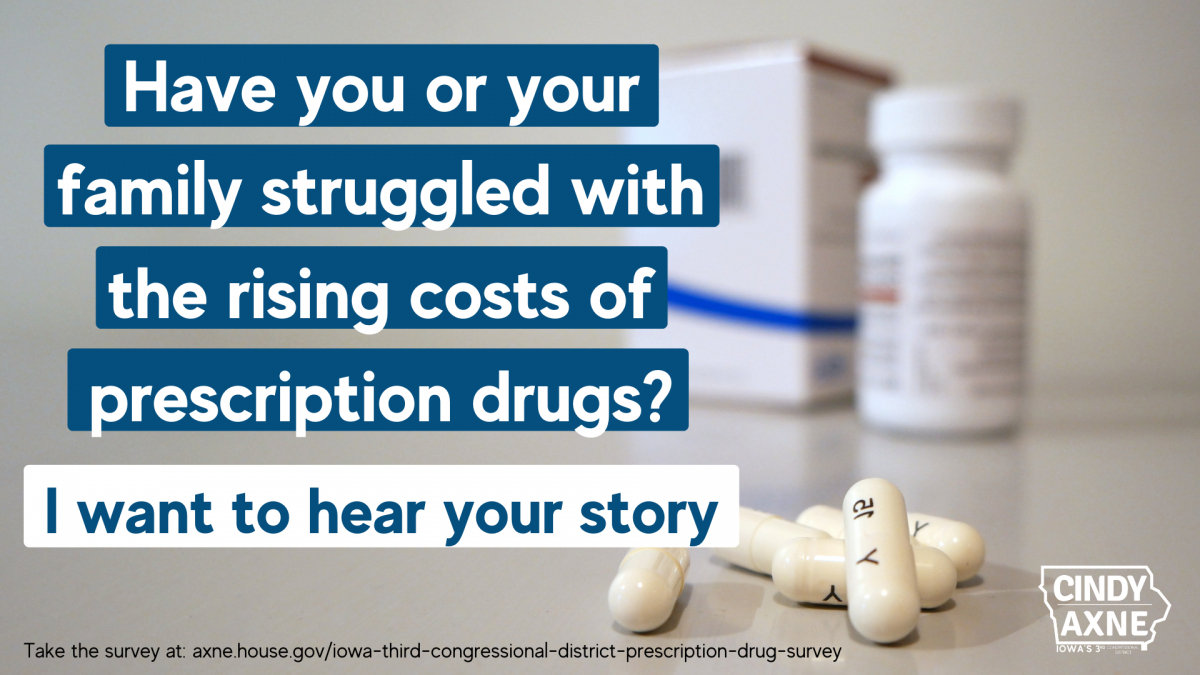 As Congress considers including prescription drug pricing reform in September legislative agenda, Axne seeks stories from Iowans on how high costs have affected them

Today, Rep. Cindy Axne (IA-03) launched a survey to hear concerns and collect stories from residents of Iowa’s Third Congressional District who have experiences with the rising costs of prescription drugs.

The survey, which was sent via email and is available on her website, comes as Rep. Axne and her colleagues and Congress are weighing including provisions that would lower prescription drug costs in infrastructure legislation that will be considered next month.

“Over my first two and a half years in Congress, one of the issues I heard from Iowans most was about their difficulties covering the skyrocketing prices of their prescription drugs. I’ve heard stories about skipping meals, rationing their dosages, and selling family heirlooms,” said Rep. Axne. “I’ve voted to lower prescription drug costs and allow Medicare to negotiate lower drug prices – and I’m pushing to see similar measures included in legislation that we’re working on in the House. In order to demonstrate to my colleagues why those measures would be important for Iowa, I am asking Iowans who I haven’t heard from already to take this survey and tell their story. Armed with their words, I will continue fighting for lower drug costs in Washington on their behalf.”

The survey is available for residents of Iowa’s Third Congressional District, and can be completed here.

In the last session of Congress, Rep. Axne voted to pass a comprehensive bill to lower prescription drug costs, allow Medicare to negotiate drug prices, and create a cap on out-of-pocket costs for seniors.